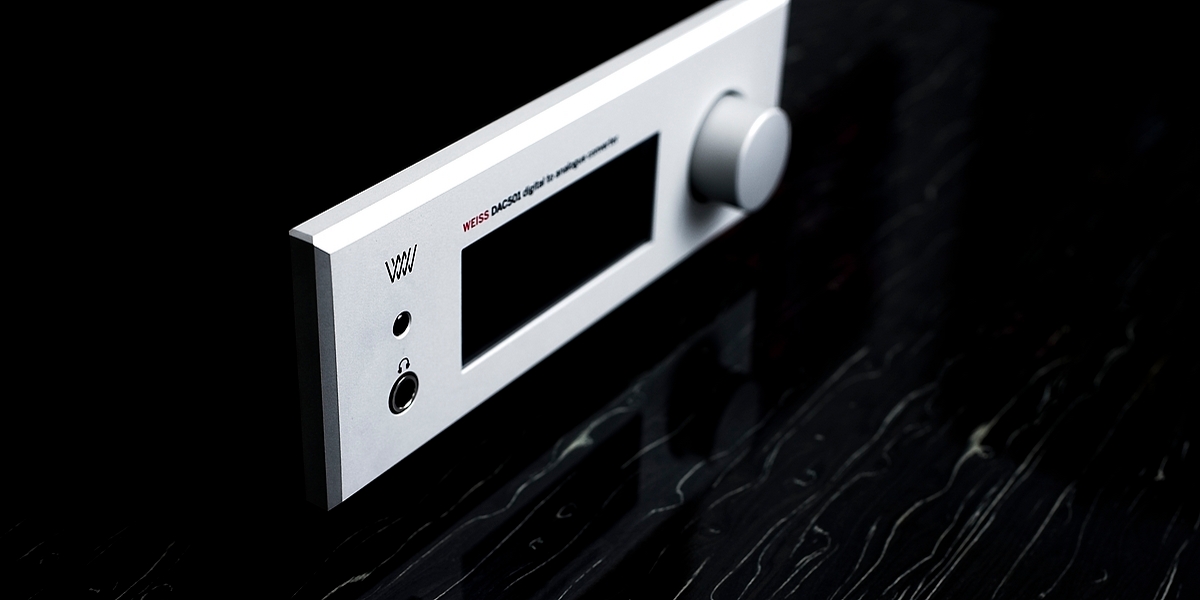 Q&A with Daniel Weiss or a prelude to DAC501 review

I would like to invite you for a short interview or rather Q&A with Daniel Weiss, an accomplished founder and chief designer of the Weiss Engineering Ltd. This name should be familiar to most of our Readers because even though the company first established itself in the pro-audio world but later decided to take up an opportunity and make a splash also in the consumer audio world.

The interview was conducted via email, as due to the pandemic situation we couldn’t really meet in person. That’s also why I asked for a few photos and Daniel was kind enough to send some from Weiss company and one of their presentations. The occasion for this Q&A was the review of the latest Weiss Engineering product, the DAC501 I’m conducting. You can expect the review to be released in a few days. For now fell free to treat this interview as a sort of a prelude you can enjoy in the meantime. 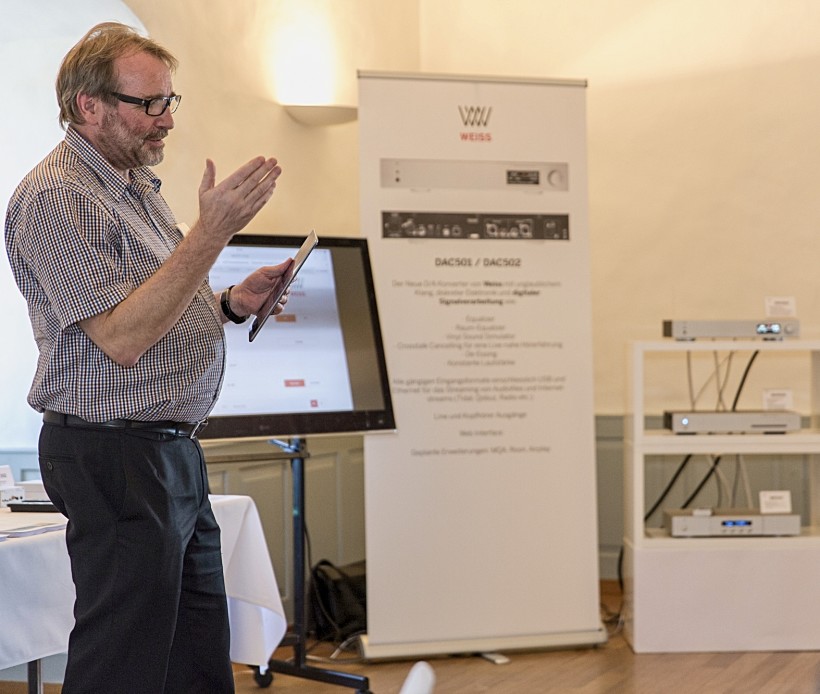 Here’s the man himself vigorously explaining details of his new product.

MD (Marek Dyba): Daniel, let’s start with a bit of the company’s history, if you don’t mind. You started your business in 1985 to develop and manufacture pro-audio equipment, particularly intended for Mastering Studios. The first question is why Mastering Studios were your target customer, not recording ones? Studer, you’d worked for before founding your own company was better know for recording devices so it would seem more natural for you to follow this path.

DW (Daniel Weiss): Early in the eighties the CD came to the market and all of a sudden there was a market niche for digital audio processing. At that time the mastering process was done mainly in the analog domain. With the advent of digital recorders and the CD engineers asked for digital audio processing. That is when we started doing our modular bw102 system which was sold under the Harmonia Mundi Acustica name. My partner then was Ben Bernfeld who had a mastering studio in Germany and who knew what functionalities were required in mastering.

MD: Weiss quickly build quite a reputation in pro-audio but still in 2000 you turned you eyes to hi-fi/high-end world. Could you tell us why?

DW: In the high-end hi-fi we started with the Medea D/A Converter which was our DAC1 pro audio D/A Converter put into a nice housing. We felt that the audiophiles have similar requirements regarding sonic quality as the mastering engineers have. So it was a small step to get to the hi-fi side in order to have a larger market for our products – but eventually it turned out that customers wanted more than just a D/A Converter, so we did the Jason CD transport and several more units up to the present time.

MD: Audiophiles often consider the pro-audio and home audio worlds as completely separate ones. Some even think these two worlds are somehow in opposition to each other blaming the recording and mastering studios for poor quality recordings. How do you see the relations between these two worlds? How would you try to convince these naysayers that these two worlds always have, do and will intertwine, interact with each other and are dependent on each other?

DW: This may have been the case in early times of hi-fi, but audio has come a long way now and the potential quality of a music production today can be very high, even with a limited budget for equipment. The know-how and taste of the engineers and producers is essential. I think the pro audio people like the audiophiles are the people appreciating the work put into a recording. The audiophiles could learn a lot from the pro audio people when it comes to the task of setting up a decent listening environment. One which does justice to the recordings.

DW: Our designing philosophy is the same for pro audio as well as for consumer audio. We try to achieve transparency. Unless it is a unit which is meant to change the audio in a certain way. The way to operate it may be different, though. For instance the de-esser in our DAC501 has one knob to operate it. The de-esser in our pro audio product line has several parameters. The challenge is to build a de-esser which can be operated and which works excellently in most cases with a single user-changeable parameter.

MD: Which sonic qualities do you, personally and as a designer, consider to be the most important ones?

DW: I mentioned transparency, but absolute transparency is probably not possible to achieve. So I like to get a sound which is not tiring and which is nice to listen to. This can be even better than transparency… 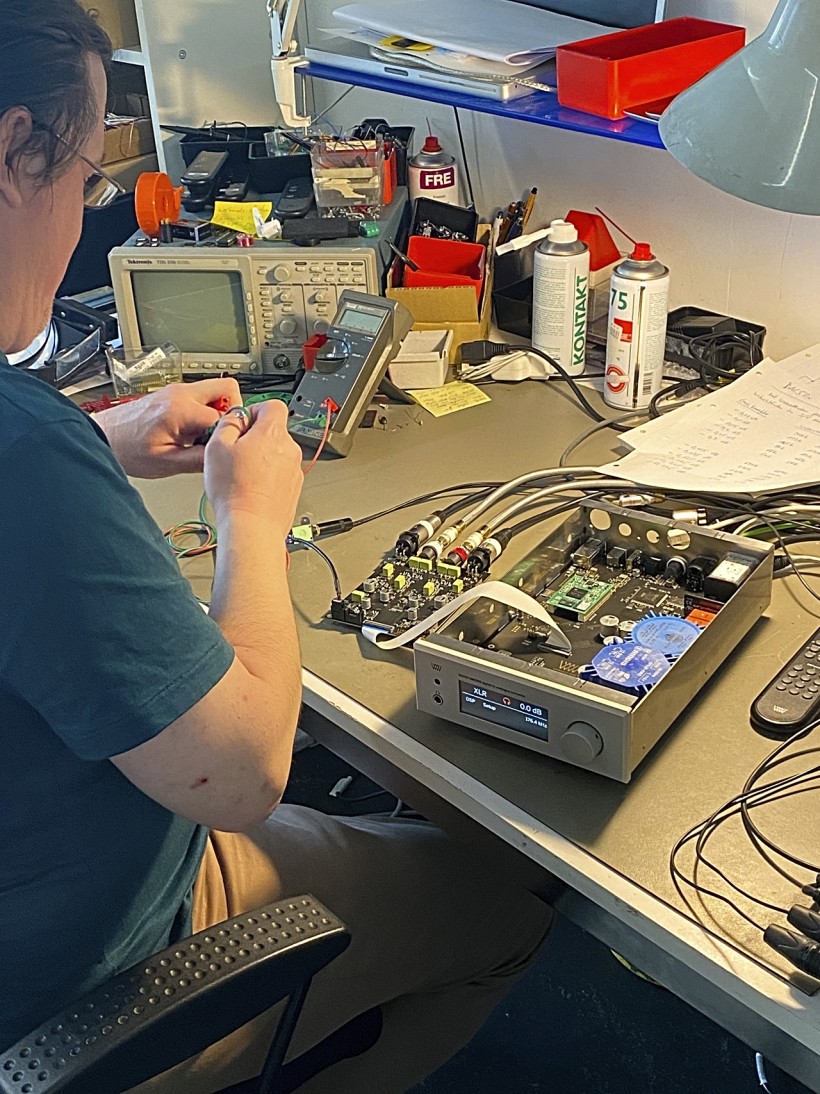 MD: A question that I ask almost every audio designer that I talk to – measurements versus listening sessions – do you use both these methods while developing a new products and if so do you consider any of them a more important one?

DW: We do measure everything in order to check how well we achieve transparency. The sonic result follows from that „hunt” for transparency. I am trying to find out which parameters measured are important in order to get a good sonic result. I suspect that it is not (only) frequency response, THD, SNR, sampling frequency, …

MD: Let’s get to the subject of my review. What was the reason or the objectives for development of the DAC 501/502 duo? Who’s your target customer for this product?

DW: The DAC501/502 are the first D/A Converters we did which have a built-in digital signal processing chip (DSP chip). Target customers are all people looking for stellar sonics and also – probably – for algorithms not found in any other device on the market. The algorithms serve various purposes like enhancing the audio signal, getting rid of defects, enhancing the listening experience, correct the room acoustics. I think it is about time that audiophiles take action if they are not happy with the way their system sounds or particular tracks are sounding. In addition the DAC501/502 are Roon Ready and thus support streaming, Internet Radio etc.

MD: Why does the DAC502 use a much bigger chassis if the only real difference is the XLR headphone output?

DW: Some customers prefer a larger chassis to visually fit their existing system.

MD: One the features of the DAC501 that may surprise users the most is an emulation of vinyl sound. So for one, how did you manage to develop this feature, and two, why did you, a digital engineer, even thought of developing it?

DW: A decent record played on a decent record player can sound extremely good. The sonics of such a playback are different from any standard digital file playback. The technical specifications of a vinyl record are really bad when comparing them to a typical digital playback chain. But it sounds great. So the challenge was to generate the same „defects” in a signal processor. Our engineer in charge with that algorithm went to great lengths to analyze what is really happening in such a complex electro-mechanical system. She then was able to define the building blocks and proper interaction between them to get the result we were looking for.

MD: Are the settings available via DSP in DAC501 developed in-house by your engineers? If that’s OK for me to ask – are particular ones based on your experience, customer requests, your expectations or customers needs?

DW: Yes, we design all algorithms in house. There will be more coming up, by the way. We do algorithms which we think (know, in fact) that they are useful for our audiophile customers. If any algorithm is missing let us know!

MD: During the test you introduced new firmware for DAC501 (and 502, I suppose). What sort of changes does it involve?

DW: The latest firmware update had the de-esser added. That takes care of sibilance sounds with voices. The upcoming releases will add a crossfeed algorithm which is useful for headphone based playback. And a loudness equalizer will also be added, useful when listening at low volume. 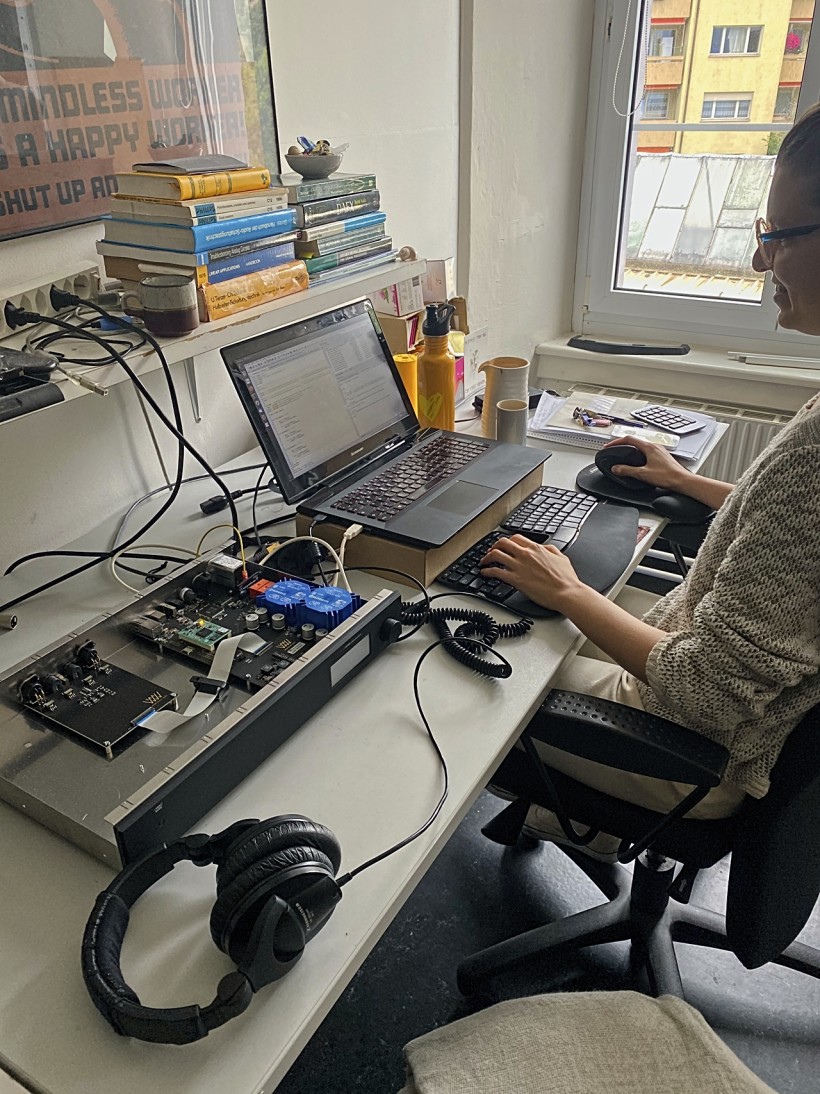 Headphones can be useful when developing a new product

MD: The DAC501 supports PCM files up to 384 kHz and DSD up to 128. I did play a DSD256 file and DAC played it easily displaying the format as DSD128. Does it mean that any files above supported resolutions are downsampled? And by the way – the DSD playback strategy is a DoP, correct?

DW: Probably the software Player downsampled it to DSD128. Yes, we use DoP.

MD: Since you’re, in a way, a Mastering specialist, could you name a few of your favorite / most valued mastering engineers, at least among those you had a chance to work with?

MD: Could you tell our Readers what is your favorite music? Maybe you could name some artists and/or albums you personally particularly value.

DW: This question I usually answer by mentioning some Swiss bands because their worldwide visibility is small with such a small local market. We have some really great artists in Switzerland, like The Young Gods, Stefan Eicher, Lucas Niggli, Nerve (a New York band but with the Swiss drummer JoJo Mayer), Steamboat Switzerland to name a few.

MD: Thank you for your time and congratulations on your new product. As you will read in the review I truly enjoyed the experience DAC501 offered and I believe that many music lovers will share my opinion. 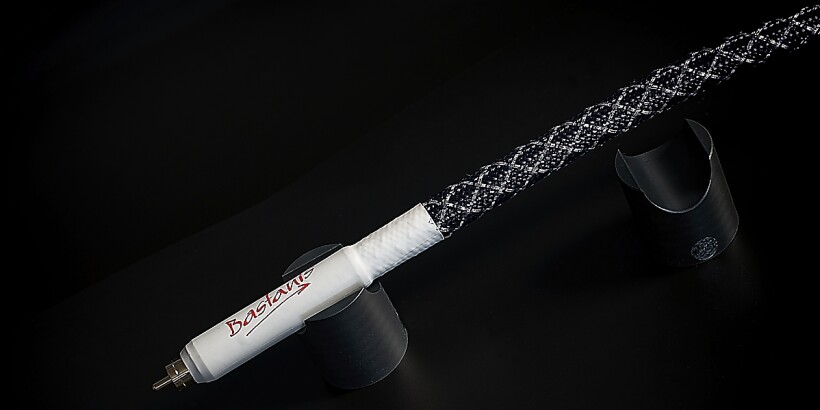 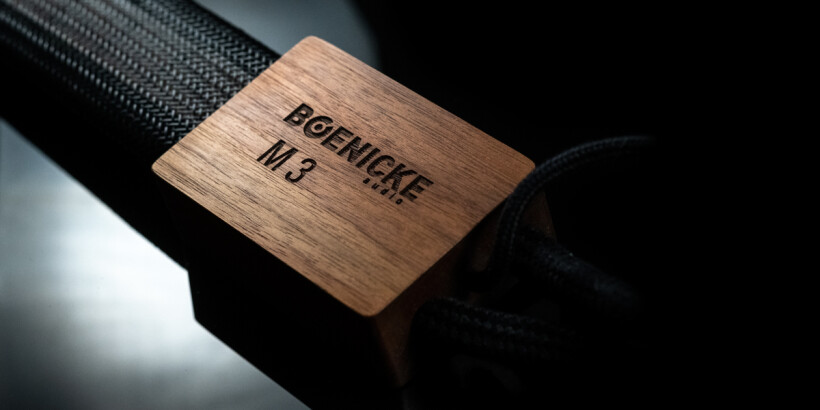 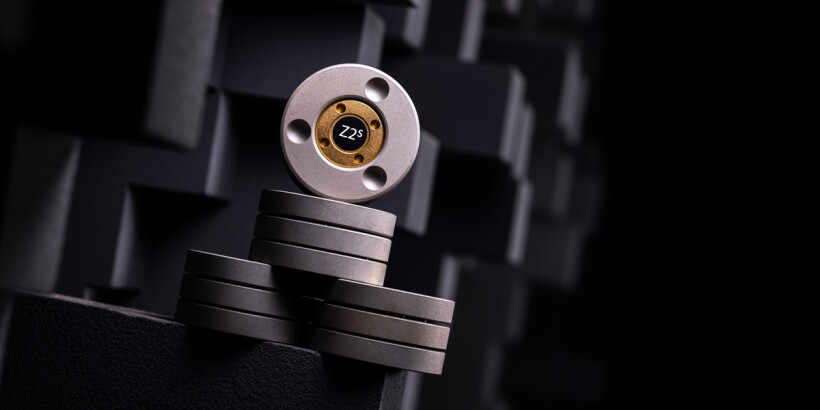 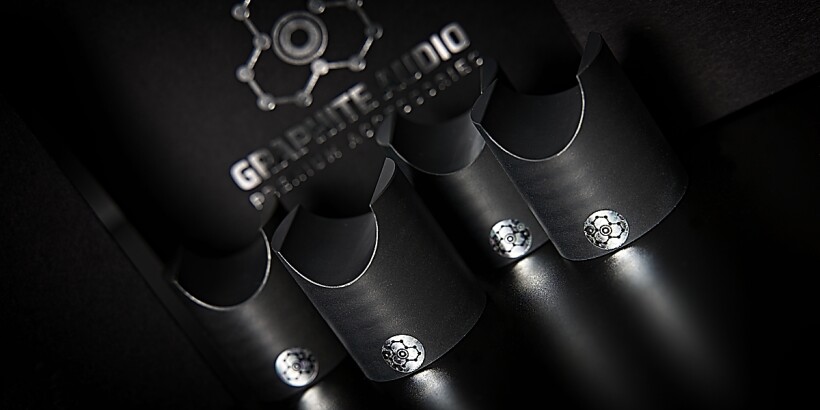 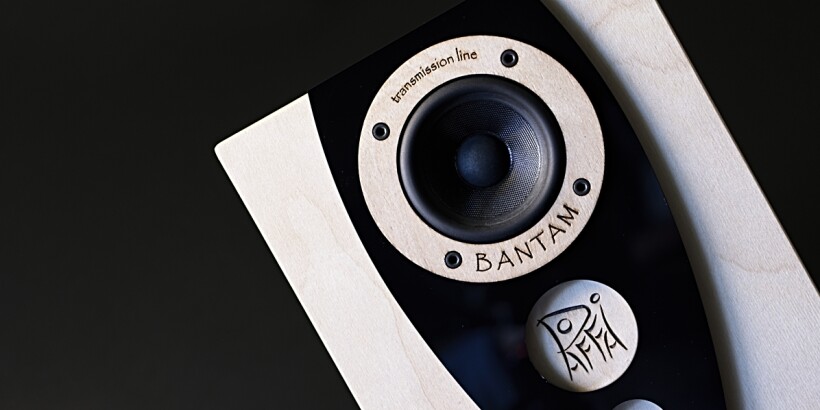 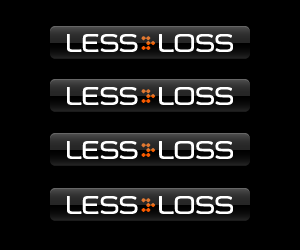 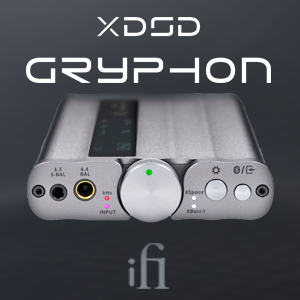