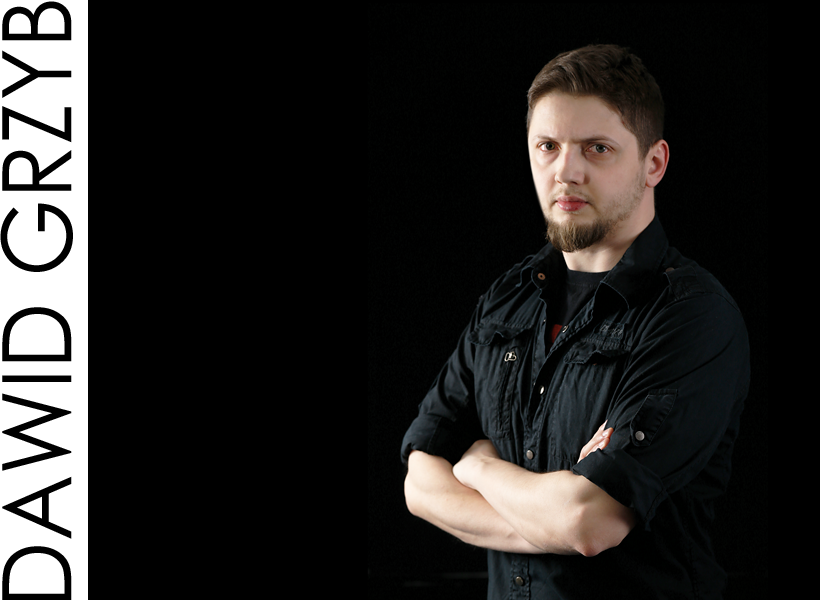 I was born in 1984 in Poland. Past obtaining dental prosthetic diploma, I moved to the capital city to try something else before getting a job corresponding with my education. It quickly turned out that thick corporate environment suitable for many individuals didn’t do the trick for me. Then by coincidence I stumbled upon a job offering published by back then the most influential and the biggest IT related site in Poland – PCLab.pl. Every enthusiast with particular set of skills and decent attitude could apply and, long story’s short, that’s how I got into audio journalism. Since photographer’s and games reviewer’s desks were empty, I gladly filled these as well. These events happened in 2007 and PCLab’s editorial office was my second home for seven years. The learning curve was steep early on, however necessary skills were developed rather quickly, fueled by constructive critique provided by readers. The idea of listening to music, writing about it and being fiscally viable in the process seemed very appealing.

At PCLab I got my hands on devices from the PC domain exclusively; sound cards, gaming headphones and such. Purely IT focused viewer base determined what made sense and i.e. $1’500 headphones or associated amplifiers I enjoyed the most didn’t. Understandably readers had minimal or no interest in such exoticism. A handful of luxurious CIEM and DAP reviews serve as remnants of my first decently sounding audio affairs. In 2012 PCLab’s appliance and wellness oriented subsidiary site launched and my audio addiction could be contained there. Within a reasonable price frame per product on mind, this project worked like a charm for two years and then suddenly went into hiatus. However, handshakes with many audio distributors were the valuable upshot, which led to contact with two local audiophile magazines – “Audio-Video” and “HiFi i Muzyka” – in need of an individual with high-end mobile market knowledge. Luckily I got myself deeply familiarized with said topics over the years and that’s how my name showed up in aforementioned printed press for two years. In the meantime PCLab’s own blog section opened up.

All places I worked for thus far were profiled strictly professionally, hence I never considered myself as a blogger but a journo. However, after giving this softcore form a try, the outcome outgrew my initially very low expectations. This voluntary job with no grand plan behind it turned out to be as equally addictive and enjoyable. Limitations associated with printed press were gone, the sensation was truly liberating and all this led to more than 100 writings published at said blog space alone within three years time span. Additional skills were developed in the process as I had to coordinate everything by myself. Then during Warsaw’s Audio Show in 2014 I met the 6moons.com owner Srajan Ebaen. One thing led to another and some of my blog stories translated and republished at his place were the outcome. This experience changed me extensively, my approach on how audio hardware should be tested and described in order to have properly informational value was reworked completely. Guidance Srajan has been providing me with ever since I consider as the most influential I had the pleasure to receive. Tip of the hat to the man for granting me the opportunity to work with him, pointing in the right direction and being supportive along the road.

Someone once told me that creative work tends to give joy regardless of its sort; one can be a painter, sculptor, blacksmith or carpenter. Of course journalistic job fits that description rather well since words written down are the result of a creative act after all. It doesn’t make much of a difference, the process itself is a rewarding mistress indeed and that’s the important bit. In any case, all events above morphed my originative hunger into something different. My journalistic picture started to look incomplete eventually, a simple idea was born in the process and Marek, that would be the man below, had a very similar notion. I honestly can’t remember when the two of us met for the first time, but a  listening room at some local presentation around 2013 is the safest bet. What we both remember clearly however is this one particular daydream alike chatter about our own place with global range. Things moved from there and eventually this site came to be.

It’s safe to say that, after years of experience and continuous service to many places within the audio industry, the time has come for both of us to have a space of our own, and to lead this creation of ours as we see fit. Enjoy your stay. 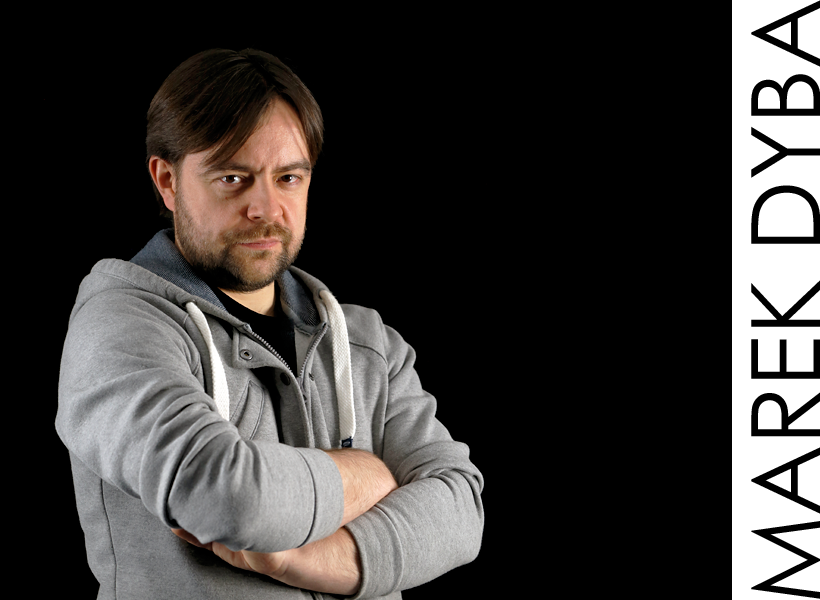 Hi! My name is Marek and I’m an anonymous audiophile, or am I? Probably not so anonymous anymore and most likely not really an audiophile. Let me elaborate on the the latter first.

As long as I can remember I’ve always loved music. I disassembled and, to my surprise, assembled back my parent’s old turntable when I was maybe 6 or 7. I just wanted to know how was it able to play such a wonderful music from these round (and some square) pieces of plastic. So yes, it was vinyl that ignited my love for music. Bit later the era of records officially ‘ended’. For me it was not about moving from vinyl to CD directly as for a few years I used cassette tapes. And it was great too – it allowed me to record favorite music from a radio – back than the only easily accessible source of music in our country. It was also about that time that my Dad played for me, or maybe just listened with me present in a room, one of Pink Floyd’s albums. I don’t really remember which one it was (most likely “The Wall” or “DSOTM”) but it rocked and changed my world. I’d loved music already before but after that experience it became one of two biggest passions in my life (the other one was… reading books, yes kids, books printed on paper – you still know what that is, don’t you?). Few years later, in high school I got my first guitar and learned to play it (sort of anyway). I never became a ‘guitar master’ but playing an instrument even using limited skills (and/or talent for that matter) gave me yet another perspective, another, better insight to the world of MUSIC.

More or less at the same time using all my savings I bought my first own piece of audio equipment – my own turntable, nothing fancy but I loved it! Yes, in ‘golden era’ of CD I spent all my money to go back to my origins, to the vinyl records – it seemed that already back then I somehow knew that: ‘all that glitters (like this ‘wonderful’, shiny compact discs) is not gold’. Back then buying records wasn’t as simple as it is today. Not only was there no Internet, so no on-line shopping, but also record stores were (at least in my area) scarce. And yet, still today, I have a nice collection of heavily worn off records of that time that have a great sentimental value to me and that I still like to play sometimes when I get bored with all these ‘audiophile editions’, ‘first pressings’ and such.

Years later I finally caught this nasty disease that urges people who like listening to their favorite music at home to keep improving their means to do so and it finally pushed me on the reviewer’s path. So have I become and audiophile? Well, no, I don’t believe so. I still don’t care much about the looks (OK, maybe a little, but surely not as much as Dawid) and don’t get impressed by some ‘rocket science’ implemented in an amplifier/DAC/speakers just because its manufacturers say it’s great, cutting edge, unique and so on. What still matters to me most is what this particular piece of equipment has to offer in terms of music presentation. Whether the MUSIC sounds natural, real, present, immersive, if the listening session is not just about listening but rather experiencing a unique musical event. If it does then and only then I might be impressed by technology behind it. So what does such approach make me? A music lover, that’s for sure, but an audiophile? Nah… Bottom line – don’t expect elaborate technical descriptions of products from me, or high praises about some ‘super-duper’ technologies unless these actually make MUSIC sound better.

How about anonymity? There are more than 7 billion people on this planet and counting, so I guess it is safe to say that 99,999999999999% of them never even heard of me. But I guess me writing reviews for audio magazines for more then 8 years now (it’s already that long?!) could make my name familiar to a few aficionados. I started my ‘reviewer’s carrier’ writing texts for AudioStereo.pl, the biggest audio community in our country. Today one can find my texts on HighFidelity.pl and due to this magazine’s cooperation (past) with 6moons.com and (present) with PositiveFeedback.com some of what I wrote landed also in there. I also work on regular basis with HiFi Choice (our local edition) and AudioVideo magazines. Long story short – I’m probably not that anonymous anymore, at least among some audiophiles who read audio magazines both on-line and on paper.

What you really need to know about me is that all these years and hundreds of reviews later for me it is still all about the MUSIC. I do appreciate high quality sound no matter whether it comes from analogue or digital source, tube or solid-state amplifier, horn or closed-box loudspeaker, as long as it plays MUSIC in a way that touches my soul.

Do I have my own preferences? Sure I do – I’m just a man after all. For my private system I would choose an analogue source, most likely a turntable (actually I do have a great one) as there are more records available than reel-to-reel tapes (that sound even better than vinyl). Most likely horn or open baffle speakers with at least 15′ paper cone woofer on bass would be driven by a low-power SET amplifier based on 300B or 2A3 tubes. Wait – that already happened before… But since I got into this ‘reviewing’ business I had to give it up as it was not so practical. Also I couldn’t keep two systems so had to go with a solution more suitable for the job. But that’s how I’m going to end up again some day! Unless, of course, I get old and lazy and go with all-in-one system streaming music from Internet… No, that’s not going to happen! (not that I have something against such systems…)

As you could read above I do write reviews already for few magazines and so does Dawid – the other Knight. So why have we decided to create HiFiKnights? Answer is simple – to do what we love to do in a way we want to. To have our own place to write about things that interest us most, about things we like while trying to avoid those we don’t. We will do our best to bring you high quality material with ‘quality’ being a key word here – ‘quality over quantity’ is sort of our motto. We are going to enjoy this place and we sincerely hope you will too.