This site’s Victor award was designed to highlight an audio product considered by its reviewer as the very best of its kind to his knowledge and at that specific time. This requirement naturally made our red mark rather rare. Since its introduction in May 2016 it appeared in 16 writings out of 300+ published at HifiKnights.com to date (late 2020). That’s the only one we got and it deserves a special place, that would be this page.

For your convenience, below you’ll find each victorious product listed from the most recent entry to the oldest. Upon clicking a desired component’s name a new tab with its full review will open up. Enjoy. 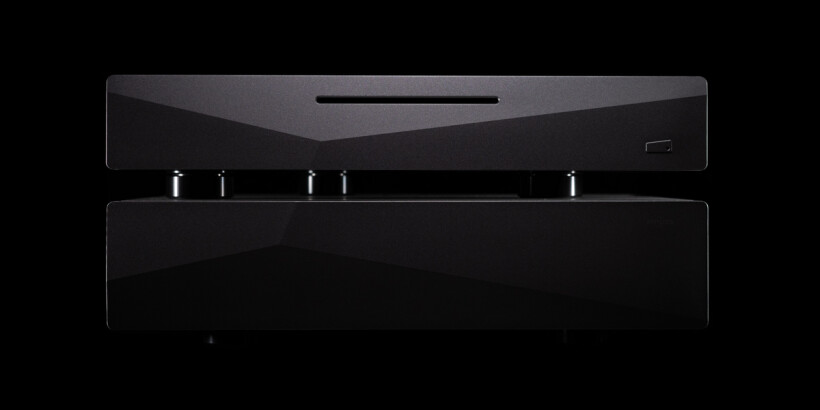 “Although Innuos Statement might seem as just its sibling ZENith Mk3 boosted with too few extras to charge nearly three times as much, it’s priced rather accurately and quality of these additives is what truly matters. Innuos PhoenixUSB inside its own box sells for €2’499 and stands tall as the most effective USB sorter I’m aware of, so today’s internal augmentation with this highly effective circuit plus its Ethernet version is easy math. Machined aluminium casework and linear power supply designed by a specialist don’t sell for pennies either. But most importantly, all these costly measures turned out to be meaningful enough for the Statement’s sonic performance that it easily surpassed my reference transport, hence the award below.” – Dawid Grzyb 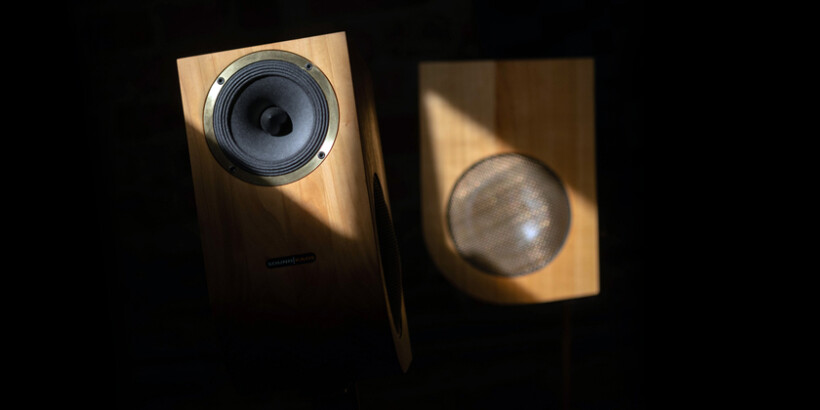 “The biggest surprise the sound|kaos Vox 3afw had in store for me was its profoundly enjoyable distinct full-range flavor that normally calls for far larger cabs, folded transmission lines and stout internal volumes. On this count it did what no other similar product known to me does, but the fact alone that its two petite Swiss boxes actually managed sonics reserved for specialist floorstanding loudspeakes is quite insane. Let’s add fabulous brilliance region, mind-bending spatial qualities, big-bore bass and presto, sound|kaos Vox 3afw emerged as the supreme leader of the compact kind, hence the Victor award below. It also expresses my admiration for Martin Gateley’s willingness to press on in relentless pursuit of such uniqueness and getting there. If full-fledged full-range sophistication dressed in a brilliantly executed compact package is what you’re after, his latest is worth every penny.” – Dawid Grzyb 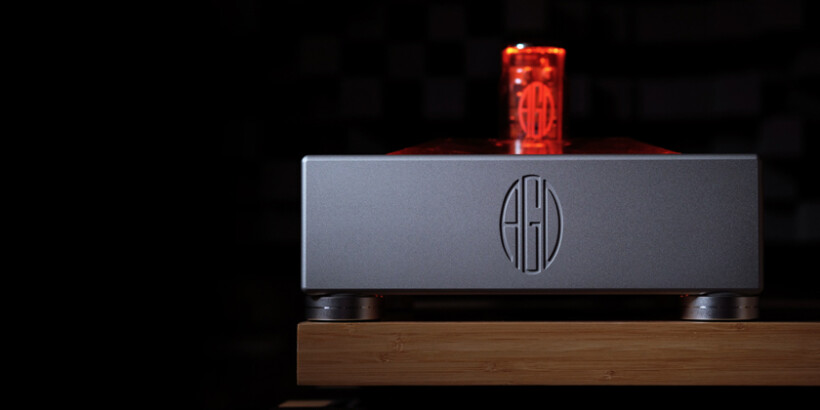 “AGD Productions Vivace positioned itself somewhere in the ballpark of the Bakoon AMP-13R on maturity, sophistication and overall fresh voicing. Of course unless the latter flourishes into a times more powerful version of itself, I can’t possibly know which one of the two would take the cake. But this guesswork aside, the Vivace emerged as one of the finest amplifiers I’m aware of, and undoubtedly the very best class D case I’ve heard to date, hence the ‘Victor’ award below. This badge also expresses my admiration towards Alberto Guerra’s engineering skills and his way of merging visual hotness with petite sizing, top shelf sonics, modular design and practicality. Without such products there would be no progress. Chapeau bas!” – Dawid Grzyb 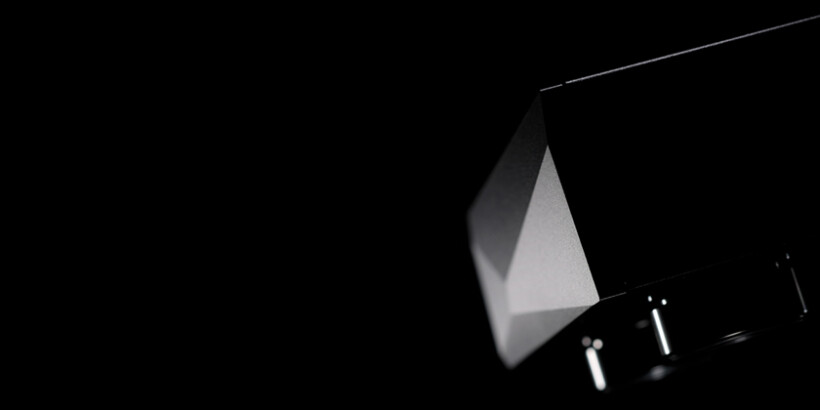 “Just as many other audio tweaks, Innuos PhoenixUSB won’t do any favours to your living room’s décor or make your friends envious. This bling-free box is for enthusiasts willing to look beyond its externally minimalist black dress, and already well aware of what USB sorters are capable of. Today’s supported my setup instead of stealing its thunder as expected, but did so effectively enough to change the way how music was presented as a whole. This particularly meaningful and unexpected action is the main reason why Innuos PhoenixUSB became the new king of the USB hill in my roster.” – Dawid Grzyb 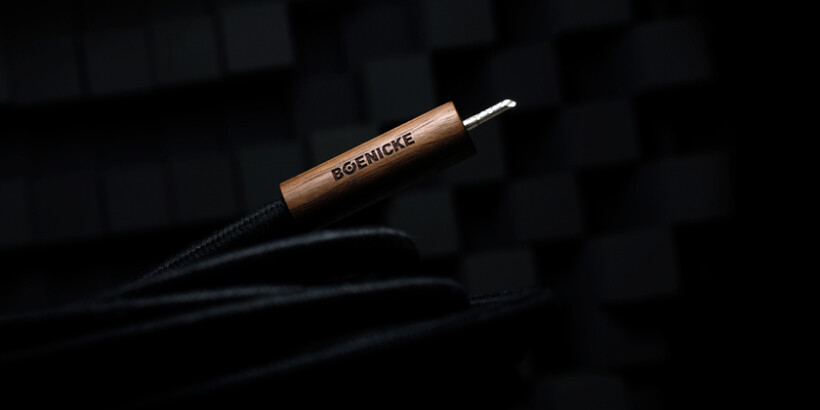 “My familiarity with LessLoss products at some point led to a fair question about a result of this company’s C-MARC technology pushed further, and Boenicke Audio S3 is the answer. It’s a major understatement to say that this product sounds very good. I’ve had my fair share of expensive speaker cables in the past, yet neither introduced transparency, completeness, overall potency and balance as explicitly as Sven’s C-MARC loaded S3 did. None was as effective on as many fronts as this one, and that’s why it became the victorious benchmark to beat.” – Dawid Grzyb 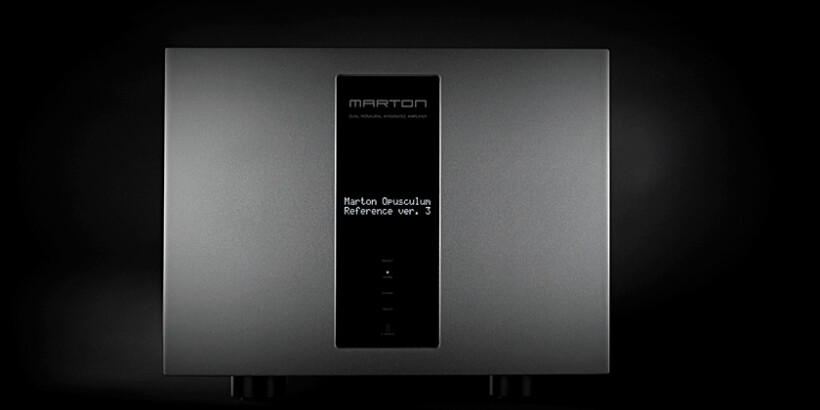 “It will deliver truth, the whole truth and nothing but the truth about any recording you will throw at it. It won’t add or loose any information. The sound of instruments and vocals will be acccurate, engaging and natural, encouraging you to spend countless hours listening to you favorite music without any fatigue. So it’s a matter of individual choice – if you like warm, palpable, present presentation and don’t mind some sound coloration pick one of the top SETs up for your pleasure. But if you’re the: truth, the whole truth and nothing but the truth kind of guy, who wants to enjoy, not dissect music, the reviewed Marton Opusculum Reference 3 is one of the best choices there are on the market regardless of the price range.” – Marek Dyba 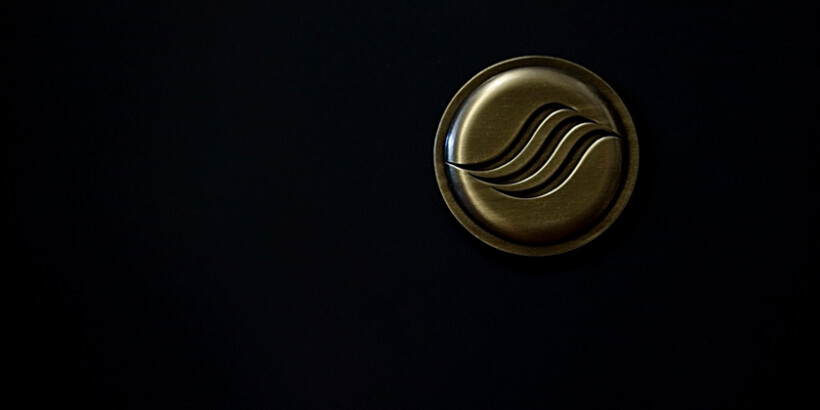 “Whatever music genre is your favorite, whatever mood you’re in, whether you need to relax or fill like dancing, Pirols will be there for you. They’ll offer you a gentle, relaxing musical massage after a hard day at work, or a „pick me up” instead of (or along with) an espresso or glass of favorite wine when you need a refill of energy. These are not the best speakers in the world, after all there is also Aidoni model, but they may be a first choice for those who simply love the music, for whom it is an important part of life. But be ware! They are addictive – once you try them you may not want to let them go anymore.” – Marek Dyba 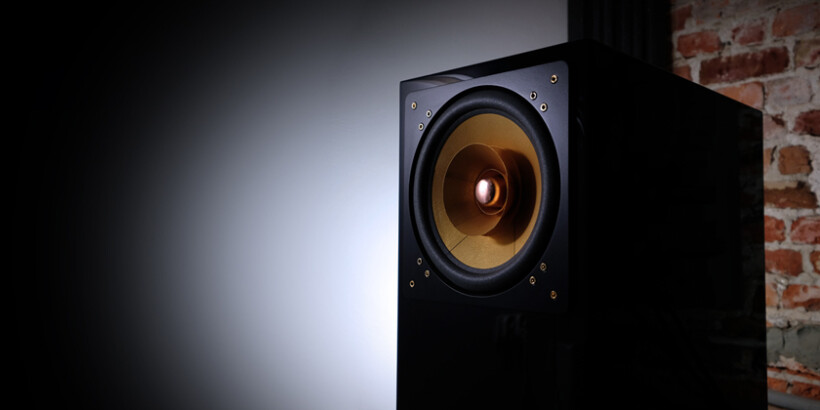 “Two years ago Cube Audio Magus proved me that specialist full-range loudspeakers can be fully domesticated and free from many downsides usually associated with such goods. This review’s Nenuphar quickly reassured me in my findings and truly delivered where it mattered the most, on performance it scored ridiculously high notes. During its stay at my place, it swiftly blew away several seasoned aficionados who visited me, not even one had seen it coming. But most importantly, it left me speechless enough times to emerge as one of the finest loudspeakers I’ve came across regardless of price and type.” – Dawid Grzyb 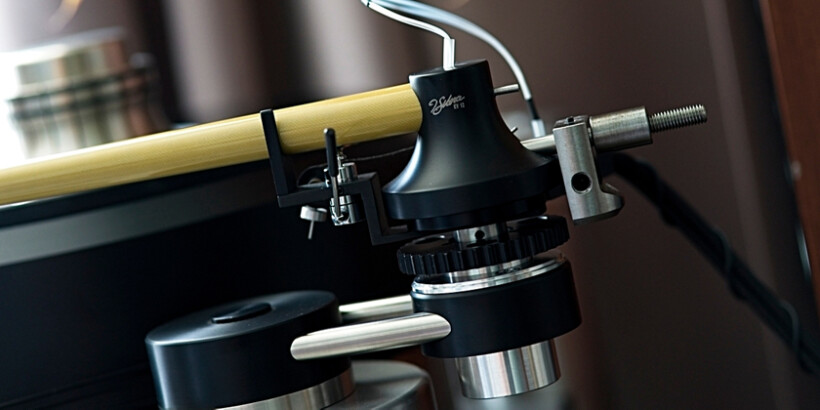 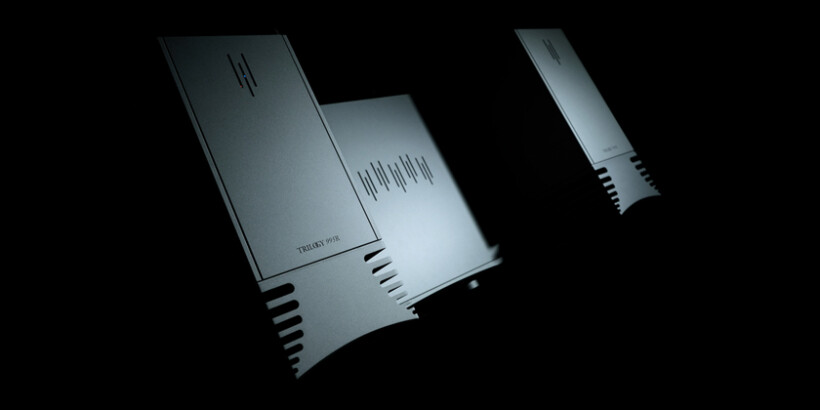 “Up to this point I viewed audio as a game of compromises more than anything else, even the priciest specimens auditioned didn’t provide exclusively upgrades. Thus far the question wasn’t about presence but size of a catch involved. The lesser it was, the better, but there always was one to begin with. However, two months spent with Trilogy’s latest is time long enough to understand that that’s not the case today. Nic Poulson’s fabulously balanced and all across the board stunning statement trio stands the closest to sonic perfection to my ears to date. It’s far from affordable, but on performance count surely second to none in my privy book and the one to beat, simply put victorious. Bravo!” – Dawid Grzyb 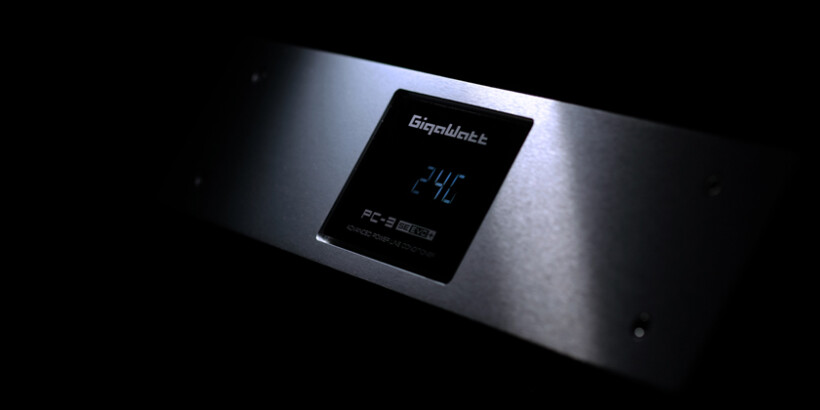 “Upper four figures on GigaWatt PC-3 SE EVO+’s ask easily turn it into a costly luxurious item and quite possibly also an overkill in most cases. My sincere common sense advice is to start from lower tiered more affordable products, see what happens and move from there if financials allow it and desire to push further is still on. However, heavyweight enthusiasts far beyond entry level goods and with key components already well sorted have different needs. Many simply want to squeeze every bit of performance out of setups they already have, which leaves them with various tweaks such as today’s exceptionally potent one. If you’re after top tier hardware of the sort, please know that GigaWatt PC-3 SE EVO+ is now filed in my privy book as the best I’ve heard to date and the one to beat, simply put victorious.” – Dawid Grzyb 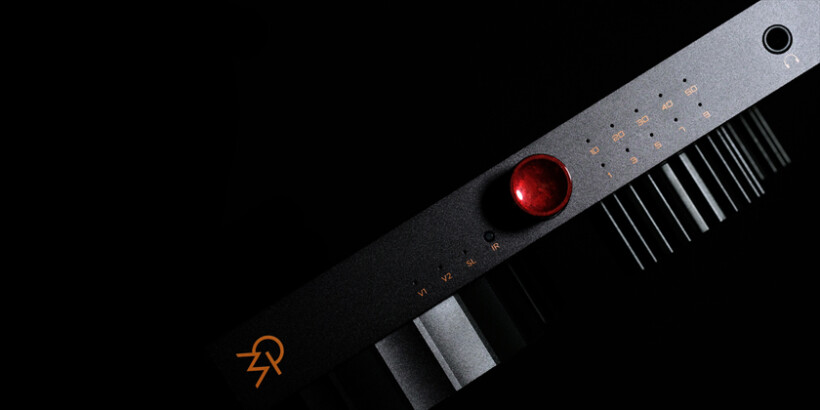 “This adventure reassured me once more that sometimes remarkable things come to us in very small inconspicuous packages and being fully ready for them is entirely up to us. To firm my own readiness I’ll simply say that the fabulously voiced, perfectly executed and styled Bakoon AMP-13 is the very best of its kind to my eyes and ears, simply put victorious. That’s why a suitable award follows, which also expresses my admiration for what the Bakoon team achieved thus far. Chapeau bas!” – Dawid Grzyb 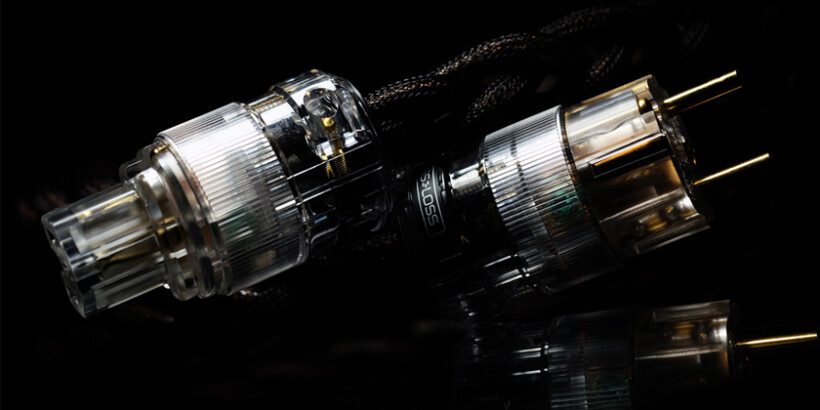 “Although expensive still, LessLoss C-MARC power cables are sanely priced in general classification. In their case one pays not for off-the-shelf OEM scheme with customized stickers slapped on both of its ends but nicely executed proprietary solution free from randomness and aimed to work in very specific fashion. This finely seasoned, versatile and brilliant Lithuanian effort is the best one of its kind I’ve heard thus far, hence the award below. Chapeau bas to the LessLoss team, I look forward to what’s next in their pipeline.” – Dawid Grzyb 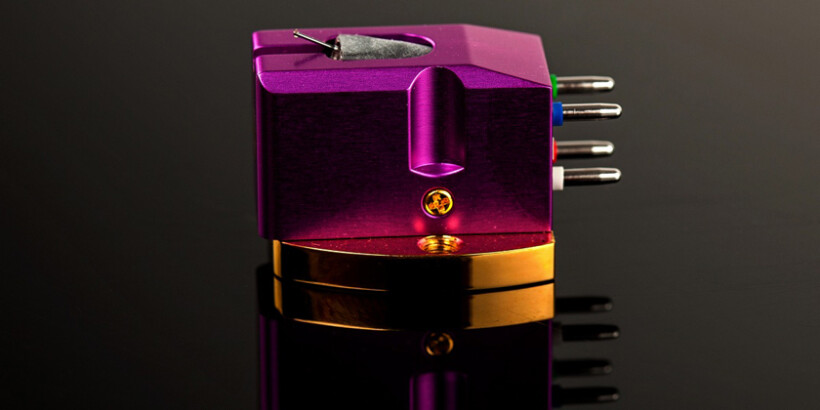 “I wish I could witness more such sensentional debuts on the audio market in the future although I personally would prefer them to be more affordable. It’s how it works though in the real world – the efforts put into developing a product offering top performance on one hand, and such an authentic, thrilling, immersive musical experience on the other, simply have to be adequatly awarded. Once I set a goal to own the AirTight PC3 cartridge. It took me a while, but here I am, a happy owner. Now I have a new one to persue – to own Murasakino Sumile MC. It probably won’t happen any time soon, but one day it will. If you’re on the market for a cartridge offering utlimate performance give Sumile MC a try. It is definitely worth your time!” – Marek Dyba 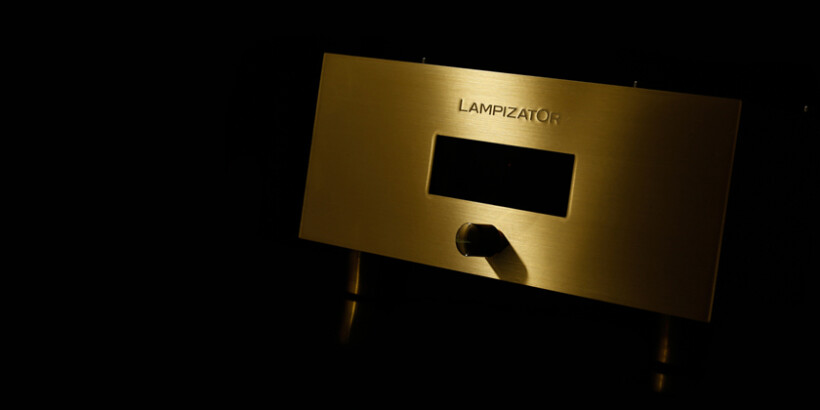 “Golden Gate is undoubtedly a very respectable, refined and world-class product. For over two years it served me as a very efficient remedy for the awkward and annoying DAC related itch. There was no need for scratching at all as this scribe’s reference bested everything thrown in the same pit, until recently it simply had no match. Although sooner than expected, the dethroning day has finally arrived. The crown will remain in the same family, yet will shift to the new king’s head. Pacific is capable of stupendous things, provides greater leverage in this scribe’s daily journalistic struggle, works within his setup very well and is the best DAC known to him currently, period. It’s not about meta related fads but the very audible, very real performance upgrade Pacific provides instead. After time spent with this device, to inquire about that trade-in scheme is a very solid plan I intend to execute. The number one spot on the podium comes with the ‘Victor’ award in the package, here’s to the LampizatOr crew as they’ve done it yet again.” – Dawid Grzyb 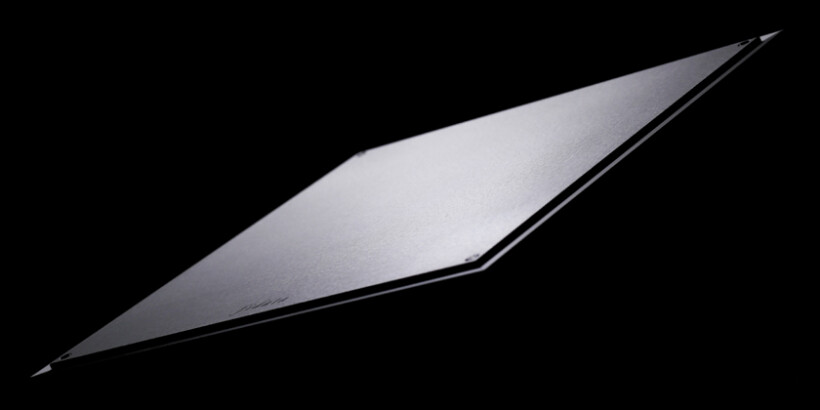 “Fidata HFAS1-S10U is undeniably a successful debut from engineering and functionality sides. It’s quite obvious that the team behind this project is very ambitious. Lots of work and attention to detail surely are there, though it’s the sound gives an aficionado something to think about. The Japanese crew evidently feels the subject and – let me stress this again – this can’t be a coincidence or a stroke of luck. The outcome is too coherent, vivid and sophisticated to think so. Because of all HFAS1-S10U virtues, our highest award – ‘Victor’ – goes to the young, passionate and skilled Fidata team.” – Dawid Grzyb 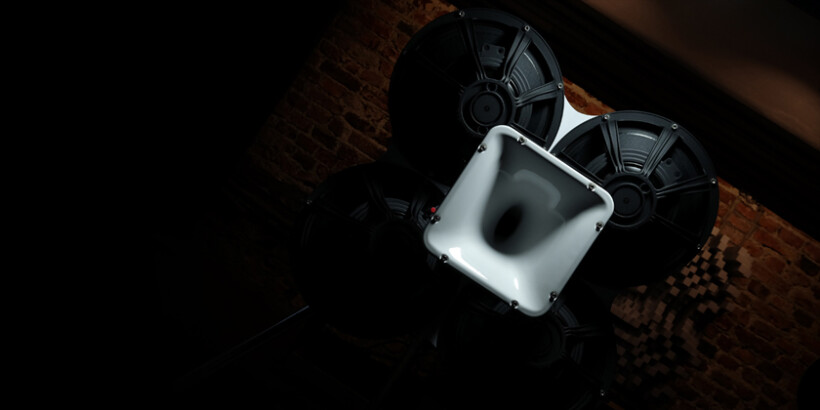 “All things considered and subjectively speaking, Reflector Audio Bespoke P15 is the best speaker set I’ve had a pleasure of familiarizing myself with thus far. Not only it rocks my boat in a way no other similar product is able to, but also is the very reason why awards are a part of the HifiKnights.com site from this point onward. That’s the outcome, yours truly was this impressed. Proper information will be revealed shortly past Munich event, hence in the not too distant future. Yet Reflector Audio Bespoke P15 leaves the battlefield with our highest ‘Victor’ award today.” – Dawid Grzyb